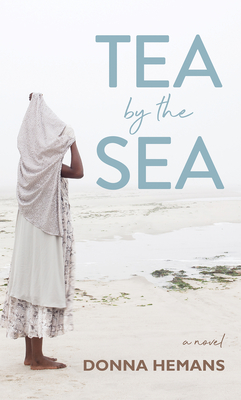 Tea By The Sea by Donna Hemans

Tea By The Sea is Donna Hemans new novel about grief, abandonment and agency.

The story opens up in Jamaica, we meet a young man, Lenworth and a new born baby girl looking for a specific house in remote town outside of the second city- Montego Bay. Lenworth doesn’t know how to navigate this new reality with a recently born baby without raising suspicions of the people in the town. He concocts a story about the baby’s mother, finds someone to help with raising the baby, he gets a job in carpentry at a high school nearby and begins building a life for him and the child.

A seven-year-old mother, Plum Valentine wakes up after giving birth, requests to hold her child and is told the father is currently with the child, she should rest. The mother insists on seeing her child and the nurse sounds an alarm and that is when they realize the child was taken from the hospital without the mother’s consent or knowledge. Plum, who was kicked out of her aunt’s house after they found out about the pregnancy doesn’t know who are where to turn to for help. How does she find the father and her child on an island she’s been living on for less than five years? Plum spends over ten years searching for her daughter, numerous trips back to Jamaica, having a private investigator, numerous leads but nothing comes to fruition.

One bright New York day as Plum is playing with her twin girls she comes up on a newspaper clipping with the face of the man she’s been looking for over twenty years. She finds out that he is no longer living in Jamaica but is now an Episcopal priest living and working in the same city as her. Plum needs to figure out her next move, how does she approach the man who took her daughter from her and disappeared out of her life?

Donna Hemans write a moving story about abandonment and displacement. I loved how she was able to show the theme throughout the movie starting with Plum’s parents sending her to Jamaica to live with her aunt who she barely knows because she was getting “force ripe”. This is an ageless Caribbean story- the misbehaving teen, sent to the Caribbean so they can start acting right, but do they act right? How will their life be affected by the abandonment? These are the questions Hemans answers in such a nuanced way.

I loved how Hemans approached the theme of agency, who gets to decide for you? How much input should they get in making a life changing decision for you? Lenworth deciding for Plum that not having her baby in her life would ensure she lived a better life is what taking someone’s agency is about. For the entire novel we see how Lenworth’s decision affected the life of everyone.

I really enjoyed journeying with Plum and Lenworth, seeing how the decisions they made impacted their lives. I loved the parts of the book that were set in Jamaica- it made me a bit homesick to be honest. I felt the ending was a bit rushed and somewhat abrupt, but I know this is a book that will lead to a lot of decisions in book club groups!

Neruda on the Park by Cleyvis Natera

Things I Have Withheld by Kei Miller