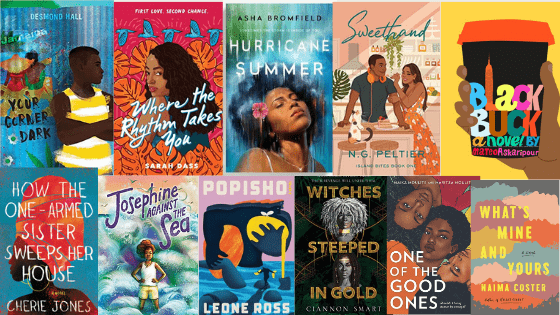 2021 promises to be a big year for Read Caribbean releases, I for one am excited! We have a lot of debut novels coming out and we will be hearing from some of our favorite writers including Leone Ross and Kei Miller. While I love a great debut novel, I am super excited for the sophomore novels to be released by Naima Coster and the Moulite sisters. Yes! 2021 is gonna be an amazing year for Caribbean Literature and you wont want to miss out! Here are a few books to look forward to.

A Regarded Self: Caribbean Womanhood and the Ethics of Disorderly Being by Kaiama L. Glover
In Glover’s latest publication she, “asks readers and critics of postcolonial literature to question their own gendered expectations and to embrace less constrictive modes of theorization.”

One of the Good Ones by Maika Moulite Maritza Moulite
THE MOULITE SISTERS DID IT AGAIN!!!!!???????? Marketed as, “THE HATE U GIVE meets GET OUT” perfectly captures this book…. And more! The book seeks to answer, who is one of the “good” ones and what exactly makes them a “good” one. Why are some considered good and others considered bad? As the blurb said, “Isn’t being human enough?”

Your Corner Dark by Desmond Hall
Jamaican born Desmond Hall is releasing his debut novel in  January 2021. Goodreads blurb: “American Street meets Long Way Down in this searing and gritty debut novel that takes an unflinching look at the harsh realities of gang life in Jamaica and how far a teen is willing to go for family.”

Black Buck by Mateo Askaripour
This is Mateo Askaripour debut novel that is described as, “hilarious, razor-sharp skewering of America’s workforce; it is a propulsive, crackling debut that explores ambition and race, and makes way for a necessary new vision of the American dream.”

How the One-Armed Sister Sweeps Her House: A Novel by Cherie Jones
The story of How the One-Armed Sister Sweeps Her House is set in a small beach town in Barbados ????????. We meet hair-braider Lala is about Lala who is about to give birth but her husband, Adan is now where to be found. She finally tracks her Husband as he is in the middle of a “job”, she gives birth to her baby. The next day her husband is now where to be found and the island is alive with news of the murder of a rich white tourist.  I cannot wait for everyone to read this book.

The Year I Flew Away by Marie Arnold
If you are looking for a middle-age read Caribbean title, this book is it. The book tackles the theme of identity, immigration and belonging. Gabrielle recently moved from Haiti to America and is trying her best to fit in. This one is for fans of Hurricane Child.

Sweethand by N.G. Peltier
If you are looking to read  romance with the sweetness of pastry this is definitely one book to add to your radar. Debut author N.G. Peltier explores life after a break-up.

The Disordered Cosmos: A Journey into Dark Matter, Spacetime, and Dreams Deferred by Chanda-Prescod-Weinstein.
One of the leading physicists of her generation, Dr. Chanda Prescod-Weinstein is also one of fewer than one hundred Black American women to earn a PhD from a department of physics. Her vision of the cosmos is vibrant, buoyantly non-traditional, and grounded in Black feminist traditions.

Witches Steeped in Gold by Ciannon Smart
A Jamaican inspired debut fantasy series that is debuting next year… say less! While I am not a big fantasy reader, I was intrigued because it is set in the Caribbean. This promises to be great. Look out for this one.

This One Sky Day: A Novel by Leone Ross
I read Leone Ross’ collection of stories Come Let Us Sing Anyway and since then I thought, “I cannot wait to see what she comes with next!” In her full novel This One Sky Day, be prepared to laugh out loud and be entertained.

A River Called Time by Courttia Newland
Author from Jamaican and Bajan heritage, pens a speculative fiction that you will not want to put down. According to Victor LaValle, “A River Called Time is a masterful reimagining of the African diaspora’s influence on England, and on the world. It’s a grand tale and still an intimate portrait of loss and love. What glory and influence would Africa enjoy if colonialism had never occurred? Courttia Newland reshapes our vision of the past, present and future by taking this one question seriously.”

Sure, I’ll Be Your Black Friend: Notes from the Other Side of the Fist Bump by Ben Philippe
Haitian born Ben Philippe hilariously chronicles the experience of being on the receiving end of those fist bumps. He takes us through his immigrant childhood, from wanting nothing more than friends to sit with at lunch, to his awkward teenage years, to college in the age of Obama, and adulthood in the Trump administration—two sides of the same American coin

A Master of Djinn by P. Djeli Clark
In 2020 I read my first book by Clark and since then I have been looking forward to more of his work. In 2021 Clark will be releasing the third in the Fatma el-Sha’arawi series, called Master of Djinn!  I still need to catch up with reading the series before May 2021.

Where the Rhythm Takes You by Sarah Dass
Trinbagonian debut author Sarah Dass brings to you her romance novel Where The Rhythm Takes you. Set in the beautiful island of Tobago and inspired by Jane Austin’s Persuasion, prepare to fall in love.

Instructions for Dancing by Nicole Yoon
Get ready for Young adult romance, Nicole Yoon is back at it.

Josephine Against the Sea by Shakirah Bourne
Looking for a Young Adult read that is set in Barbados and filled with mischief, magic and adventure? This book is definitely one to look out for.

Island Queen by Vanessa Riley
When was the last time you read a book set on the island of Montserrat that is packed with history? Yeah, I thought so- if you are a lover of Historical Fiction, be sure to add this one to your watch list.

Waiting for the Waters to Rise by Maryse Condé, Richard Philcox (Translation)
Maryse Conde is coming with a new release in 2021. Set in Mali and Haiti, this promises to be great.

No Gods, No Monsters by Cadwell Turnbull
Having read and loved The Lesson by Cadwell Turnbull, I am beyond excited to see what he comes with next. I am not a big speculative fiction reader but Turnbull is able to writer characters and situation that pulls you in. This is one of my most anticipated 2021 release.

There you have it! A few Read Caribbean titles to look out for in 2021!